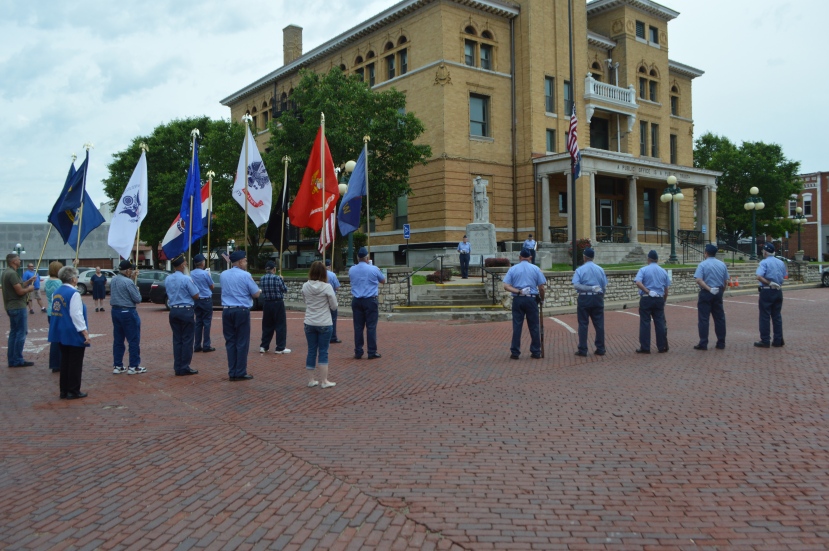 Members of the Harrisonville Honor Guard held its traditional round of ceremonies on Monday in commemoration of Memorial Day. The honor guard members conducted brief ceremonies which included a prayer, a three-volley salute and the playing of “Taps” at the Doughboy statue on the courthouse lawn, the World War II Memorial outside of Memorial Stadium, and at the Korean and Vietnam memorials on Commercial Street, as well as at the local cemeteries.